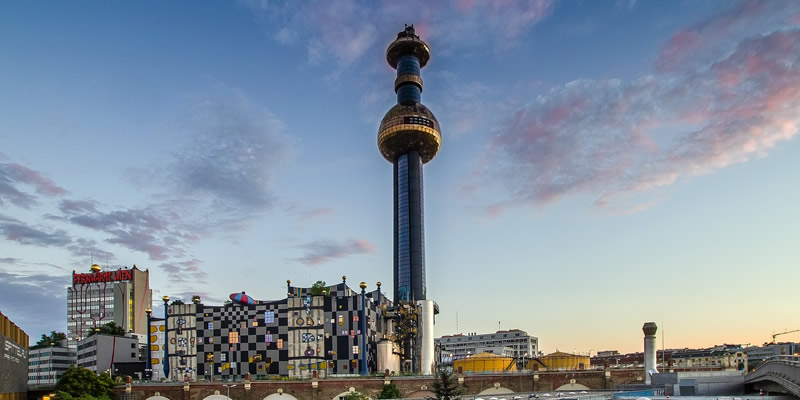 According to the latest calculations, the world is currently producing about 1.3 billion tons of garbage on a yearly basis [1]. To put that in perspective, if we took all the human beings on the planet and placed them on an impossibly gigantic scale, their combined weight would only be one-quarter of that amount [2].

Unfortunately—or perhaps ominously is the better word—about 60 percent of this garbage will end up in landfills, which are multiplying globally as a pace that nearly matches the reproduction rate of the rat populations that live in them [3].

Dumping and burying everything in landfills is not a viable solution to our collective garbage disposal problems. There simply isn’t enough usable space, horizontally or vertically, to safely deposit billions of tons of this heavily contaminated material on an annual basis.

Other solutions are needed, and may people believe incineration facilities offer a cleaner, tidier, and less land-consuming alternative. Even though they are not as common as landfills, municipal incineration plants have been around for a while, so there is nothing experimental or theoretical about this option.

But is incineration truly a legitimate or desirable alternative?

That is a question with no definitive answer.

In the 21st century, incineration methodology has advanced far beyond its crude origins. In just the past few decades, large-scale municipal incinerators have become far more efficient in their capacity to reduce waste to manageable quantities and to do so in a way that releases minuscule quantities of contaminants (toxic gases and/or particulate matter) into the air.

Modern incineration facilities can generate combustion temperatures of more than 850 degrees Celsius, which is the minimal level necessary for maximum efficiency in the destruction of potentially hazardous organic materials [4].

High-temperature, mass-scale incineration of solid waste produces ash, flue gases, and heat, and at the end of the burning cycle, the total mass of solid waste left behind will be dramatically reduced.

Even at these higher temperatures, large-scale municipal incineration plants still produce poisonous byproducts, including dioxin (a cancer-causing agent) and heavy metals, which can be highly toxic even in minute traces.

However, scrubbing technology eliminates most of the contamination in flue gases before it is released, and only trace amounts of dioxin will exit smokestacks (most is removed or accumulates on the inside of the smokestack, where it can be removed later).

As an alternative to landfills, incineration offers the following advantages:

#1 Far more efficient use of space

After the incineration process is complete, the total mass of the remaining garbage can be reduced by up to 85 percent, while its volume may shrink by as much as 95 percent [5].

In small countries, or in municipalities where landfills are full and additional space is scarce, this type of mass and volume reduction can be a godsend.

Leachate is a thick pea-soup-like slurry of liquid garbage, which is formed every time precipitation falls on landfills.

It is this contaminated mixture that can penetrate underground aquifers and pollute them with unsafe quantities of salts, heavy metals, and volatile organic compounds, plus other toxic or corrosive chemicals or substances found in household trash.

As of 2016, there were approximately 2,200 waste-to-energy power plants in operation around the planet [6]. These facilities burn garbage at a high temperature to boil water and power steam generators, which then produces electricity that can be distributed on the power grid.

On average, one such facility can burn up to 300 million tons of garbage per year, converting it into power that reduces the load on coal-fired power plants, which of course are a disaster for the environment.

The bad news is that when organic matter (the combustible part of garbage) is burned, it still emits significant quantities of carbon dioxide, the most common greenhouse gas produced by human activity.

For each ton of garbage incinerated another ton of carbon dioxide is released into the atmosphere.

But this is still an improvement over landfills. When organic matter biodegrades in landfills it gives off methane, a greenhouse gas that traps heat in the Earth’s atmosphere far more efficiently than carbon dioxide.

Calculations show that letting organic matter break down in landfills will contribute about 30 percent more to global warming than burning the equivalent matter in an incinerator—which is far from zero emissions, but still a step in the right direction [7].

The additional advantage is that waste incineration plants can be located near where waste is generated, which decreases the costs, energy, and emissions associated with transporting waste.

In the long run, they may save cities, counties or societies money by reducing the need for landfills and by helping reduce the environmental impact of garbage disposal.

But that is small consolation for local or state governments with tight budgets, or for the taxpayers who are expected to foot the bill for all new waste incinerator facilities costs.

Modern incineration plants have cut their emissions of heavy metals and toxic poisons like dioxin to a minimum, in comparison to older incineration facilities that were lax in this area. But emissions still do occur, and substances like dioxin, mercury and arsenic are not completely safe for humans or animals at any level.

Fear of toxic pollution is one of the main reasons incineration projects tend to stall. Those who decry the influence of NIMBY—motivated opposition to municipal incineration plants overlook the fact that people’s concern about air quality is at least somewhat justified.

And even when using the best technologies, incineration plants remain prodigious emitters of carbon dioxide, the gas that is most responsible for anthropogenic climate change.

Perhaps the most important objection to incineration of solid waste arises from the concept of opportunity costs—that is, the idea that the actions we take automatically preclude other actions, which might be more effective if we gave them the chance.

Some critics of incineration claim that incineration ultimately encourages more waste production because incinerators require large volumes of waste to keep the fires burning and local authorities may opt for incineration over recycling and waste reduction programs.

According to advocates of the “zero waste” philosophy, incineration promoters are missing the forest through the trees—or perhaps more accurately, burning down the trees in a futile attempt to save the forest.

If we exploited every available opportunity to recycle the plastic, metal, glass, rubber and other non-organic waste that gets discarded, and if we composted as much of our excess organic matter as we conceivably could, zero waste supporters say we could cut our garbage production by as much as 80 percent [8].

Through reuse and repurposing, and detailed planning to reduce our creation of waste from the get-go, we could get rid of most of the rest, they argue—and for the most part, they do so persuasively.

From a cost-efficiency standpoint, embracing the zero-waste philosophy would make a tremendous amount of sense, whether we could reach its most ambitious goals or not. It would change our collective mindset from reactionary to proactive, altering the fundamental practices and assumptions of our throw-away society—which incineration does not do.

Is incineration better than landfills?

In terms of their overall impact on the environment, and compared to landfills, incineration plants have much to recommend them. Nevertheless, incineration still seems to be a classic example of a “second-best” solution: better than the worst, but a long way from the best we can do.

The four ‘Rs’—reusing, recycling, repurposing and reducing—offer a more effective answer to our ongoing garbage disposal dilemma. An ounce of prevention, as has often been said, is worth a pound of cure—and an ounce of incinerated trash is certainly easier to handle than a pound of raw garbage.

Recycling and waste reduction must be considered as our first line of defense to reduce our overall waste stream, and this also must include composting our organic waste instead of throwing it away. When we think about it, there truly is no “away,” as all waste must go somewhere. Many of the materials that are thrown away have the potential to be used to produce new items, and not reusing these materials is a large waste of resources.

But there may still be good uses for incineration, even in a mostly “post-garbage” world. There might be some things we can’t reuse or recycle no matter how hard we try, and incineration might be the most sensible choice when disposing of these products.

In locations where space is at a premium and the money is available to invest in state-of-the-art technology, municipal waste incineration plants are undoubtedly a superior alternative to landfills, and that may keep them relevant for a long time.

On the other hand, waste incineration in developing countries is not as practical neither economical as in developed countries, since a high proportion of waste in developing countries is composed of kitchen scraps. Such organic waste is composed of higher moisture content (40 to 70 percent) than waste in industrialized countries (20 to 40 percent), making it more difficult to burn. Ideally, this waste should be composted and used to enrich soil in sustainable agriculture systems.

Waste not, want not: flexible solutions to our garbage dilemma

In the short-term, flexibility is an essential method for effective waste management, as the situation in Sweden so aptly reveals.

In Sweden, only seven-tenths of one percent of the garbage they produce ends up in landfills (in the United States the percentage is 53 percent) [9].

Slightly more than half of the remainder is recycled (in the United States the percentage is 34.6 percent), and the rest is consumed by the 33 waste-to-energy incineration plants that supply heat and/or electric power to more than two million Swedish households [10].

In the Swedish example, garbage is actually viewed as an exploitable resource rather than a burden, and that attitude has led the country’s citizens and political leaders to embrace both recycling and incineration.

We also need to ensure that there are strict regulations concerning emissions from incinerators and seek to implement the most effective technologies to eliminate as many of these pollutants as possible.

Our current reliance on landfills is highly unfortunate and leading us into a heaping, stinking mass of misfortune, and the sooner we can phase them out the better off we will be.

The ideal scenario, of course, is to not produce any waste that endures but to have an entire system where materials are returned and utilized again in some way. That is what nature does, and that is what we also must learn to do.