Incineration is a method of waste treatment involving the burning of organic materials found in waste. Incineration and other high-temperature waste management processes are called “thermal treatment”. Particularly, it involves converting waste materials into ash, flue gas, and heat. The ash mostly consists of inorganic components of waste and can be in the shape of solid lumps or particulates carried by the flue gas. The flue gases are supposed to be cleaned of particulate and gaseous contaminants before being released into the air. Sometimes, the heat generated is used in useful ways like in producing electricity.

Incineration has numerous benefits especially in terms of destroying contaminant medical wastes and other life-risking garbage. Also, incineration largely utilizes waste-to-energy technology. In Japan, for example, thermal treatment is very popular since they have a shortage of land. Plus, the energy produced by incineration plants is in high demand in nations such as Sweden and Denmark. However, incinerators also have their downside. Let’s have a look at the advantages and disadvantages of incineration. 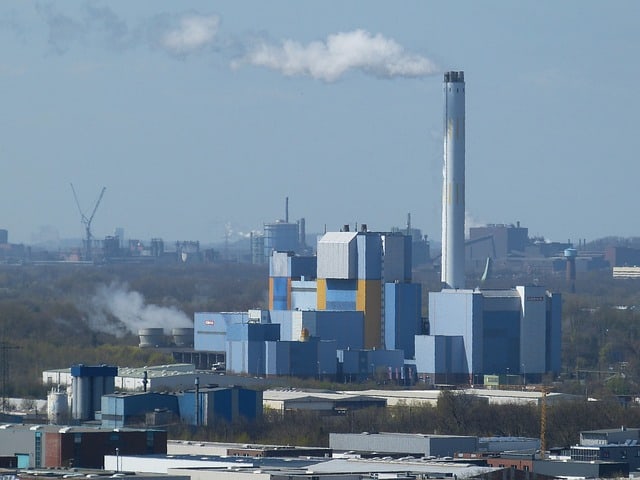 Incinerators are able to decrease the quantity of waste by 95% and reduce the solid quantity of the original waste by 80-85% depending on the components that were in solid waste. Hence, even though incinerators do not completely get rid of dumping ground, they definitely decrease the quantity of land needed. For nations that are small in size and with a shortage of land like Japan, this is noteworthy since landfills take up big amounts of land required for other productive uses.

2. Production of heat and power

Research has shown that solid waste incinerators are less likely to pollute the environment than landfills do. One particular study done during a 1994 lawsuit in the US showed that a waste incinerator location was more environment-friendly compared to a landfill. The research discovered that the landfill was releasing higher quantities of greenhouse gases, nitrogen oxides, dioxin, hydrocarbons, and non-methane organic compounds. Landfills also leach poisonous chemicals into the water below thus contaminating underground water systems.

4. Incinerators have filters for trapping pollutants

The main problem concerning the incineration of solid waste was the release of hazardous compounds, particularly dioxin. Nonetheless, up to date incinerator plants use filters to trap hazardous gases and particulate dioxin. The current incineration plants operate within the required pollution limits recommended by the Environmental Protection Agency and international protocols.

5. Saves on Transportation of Waste

Incineration plants can be near cities or towns. This is advantageous since it means waste does not have to be driven for long distances for dumping. It significantly reduces the cost of transport; the money can then be spent on the wellbeing of the community and sustaining the growth of a city or district. Additionally, it reduces the harmful gases released by vehicles during transportation, thus drastically reducing the overall carbon footprint.

Incineration plants are able to provide less bad smells because waste gets burnt, unlike landfills where waste is allowed to decay thereby emitting unpleasant smells, which cause air pollution. The production of methane in landfills may also lead to explosions that cause noise pollution, which is unheard of when it comes to the use of incineration plants.

7. Prevent the production of methane gas

In landfills, when the waste is decaying methane gas is generated which if not controlled, may explode causing further global warming. Unlike landfills, incineration plants do not produce methane, therefore making them safer.

Incineration plants function at very high temperatures that can destroy germs and chemicals that are harmful. Thus, it is a very effective method when it comes to eliminating clinical waste.

9.  Incinerators operate in any weather

Another advantage of incinerators is that they can function in any type of weather. For instance, during a rainy season, waste cannot be dumped in a landfill because the rain will possibly wash down poisonous chemicals into the ground and consequently create leachate thus contaminating the underground water as well as the neighboring land.

Waste can also not be dumped when it is windy since it will get blown into the surroundings. On the other hand, incinerators are not limited to weather changes since they burn waste without leakages. Incineration plants also function 24 hours a day and are more efficient in managing waste compared to landfills.

When incinerators are burning waste, the metals still remain whole because they have a high melting point. After the process of burning waste is done, the workers remove the remaining metal and recycle it. This removes the need for separating out any metal before waste disposal.

When garbage is taken to a landfill, it is usually not organized which results in wasting of resources that could have been recycled. Therefore, using an incinerator makes it easier to remove and reuse metals.

11. It has a computerized monitoring system

Governments, cities, institutions, or private waste management companies can purchase an incinerator that comes with a computer device to allow for the troubleshooting of most problems. This will enable operators to discover a problem before it becomes more serious and much more expensive to repair. A computer will also make operators work easily as they will be able to track the operational efficiency of the incinerator plant.

The ash that comes from the combustion of waste can be used in construction, get shipped or even landfilled. Shipping of ash is cheaper than transporting of unburned trash, it will also reduce liability issues.

Incinerators produce smoke during the burning process. The smoke produced includes acid gases, carcinogen dioxin, particulates, heavy metals, and nitrogen oxide. These gases are poisonous to the environment. Research has shown that dioxin produced in the plant is a cancer forming chemical.

3. The possibility of long-term problems

Incineration does not encourage recycling and waste reduction. This is not a calculated strategy for any society. The point of focus should be on reducing waste and recycling most of it. Merely burning most of the waste without recycling some of it will only further environmental damage because it may encourage more waste production.

4. Ash waste can potentially harm people and the environment

Even though the ash that remains from the process can be comparatively small in quantity, it contains a number of poisons and heavy metals which require further treatment. If not disposed of correctly, it can cause serious harm to the public and the environment.
Source